13 Best Famous Food in Jodhpur For Every Foodie’s Delight

Jodhpur is a highly sought-after tourism destination because of its extensive history and distinctive clothing. Rajasthani food enjoys international fame as the most popular street food in Jodhpur.

The second-largest city in Rajasthan is Jodhpur, one of India’s most well-known tourist attractions. This sandy desert city has grown over the years, with its winding alleys, uneven topography, Havelis, and sea blue dwellings. There is currently a wall between the old and modern Jodhpur. Like any other city, Jodhpur chooses to display its culture via its cuisine, apparel, and artwork. This blue city has a personality because of its rich past.

One thing that strikes out is the huge amount of ghee that comes with practically every meal and snack. If you’re a gourmet, Jodhpur is the one city you absolutely must visit. It provides you with a blend of spicily delicious street cuisine and mouthwatering sweets.

Visit the city’s many attractions while enjoying these delectable Marwari delights. Here are 13 popular foods seen on the streets of Jodhpur. Below is the list mentioned of all the famous foods in Jodhpur that foodies must try.

Many genuine foods are only found in traditional stores. For individuals who want to eat sometimes in their own way, there are foreign chains of restaurants.

The Makhaniya Lassi is one of the greatest street foods in Jodhpur, one of the numerous culinary marvels this city has to offer. It is a rich, creamy mixture of buttermilk that is flavored with, among other things, saffron, cardamom, and rose water. A generous dollop of hanging curd and yogurt cream is placed on top. After walking through Jodhpur’s scorching, dusty streets, this thick and flavorful beverage will help you cool off. This lassi must be consumed with a spoon since it is too thick to sip.

Where can you find this: Moolji ki Hotel and Shri Mishrilal Hotel

You can nearly always get Dal Bati Churma in Jodhpur, a favorite Rajasthani dish. Spice-infused yellow lentils are cooked in ghee and then served with more ghee. Small pieces of flaky bread that have been slowly baked in a traditional oven over firewood or dung cakes are served with this dish. Even though it is a traditional dish, the tastiest street food in Jodhpur may be found at any roadside stall.

Where can you find this: Bhawani Dal Bati.

Pearl miller flour is used to make Bajre Ka Sogra and Bajre Ki Roti. It is produced specifically in Rajasthani cuisine. It is often served for lunch or dinner with sabzi and garlic chutney. Additionally, pearl millet roti is renowned for its health advantages. It is a vegan, low-fat, and gluten-free roti. It is also delicious and a great wintertime food because it is so simple to cook.

Where can you find this: Kakani

All-purpose flour is used to make the delicious doughnut-shaped cake known as ghevar, which is eaten with sugar syrup, or chasni. The malai ghevar is the most well-liked type of ghevar in Jodhpur, which also produces plain ghevar, mawa ghevar, and other variations. Although it is cooked mostly during the Teej festival, this delicacy from Rajasthan is offered in a few locations all year round. Your sweet tooth will be satisfied, and you’ll quickly want more. When visiting Jodhpur, be sure to eat this popular street dish.

Where can you find this: Mohanji Sweets and Janta Sweet Home

A chilly Pakora called a Mirchi bada is packed with flavorful potato or cauliflower filling, coated in gram flour batter, then deep-fried till golden and crispy. The traditional accompaniments for mirchi bada are tomato sauce or green chutney. Every gathering in Jodhpur serves this salty, hot food, especially in the winter. They often taste the finest when served with a steaming cup of chai. If you’re in the mood for some real street cuisine in Jodhpur, Clock Tower Road is reportedly one of the greatest spots to dine.

Where can you find this: Surya namkeen and Choudhary Namkeen

You will fall in love with the Shahi Samosa, a delectable street cuisine in Jodhpur, with each mouthful you take. The Shahi samosa may be eaten as a whole meal by itself. Potato, paneer, cashew nuts, and raisins are used as stuffing. You’ll want more of the stuffing since it combines sweet, spicy, and sour flavors.

Where can you find this: Shahi Samosa, in front of Old Campus

One of the most well-liked desserts in Jodhpur is Gulab halwa, which is created with pure milk and ample amounts of pistachios. The halwa has a high nutrient value in addition to having a mouthwatering aesthetic. Once you start eating it, you can’t help but want more.

Where can you find this: Gulab Halwa wala

The Besan ki Chakki is a delicious traditional sweet treat made from gramme flour (Besan), which is properly roasted with pure Desi ghee, spiced with crushed cardamom, thoroughly blended with sugar syrup (chashani), and milk. It is then moulded into trays and sliced into square-shaped pieces.

Where can you find this: Mandore

The State of Rajasthan is known for these Kachoris, or pies. Mawa Kachoris, which are khoya-filled pastries, resemble Gujjiyas nearly exactly (shaped like empanadas). The pastry coating on gujiyas is much thinner than on kachoris, which is the only distinction between the two. When you travel to Jodhpur this is a must try.

Where can you find this: Jai Ramdas Munnilal, Ghas Mandi

Delicious Rajasthani cuisine like Gulab Jamun Ki Sabji is well-liked in Jodhpur. It tastes finest when paired with steaming rice or roti.

All-purpose flour and the standard kitchen masala powders are available, and some khoya is used in its preparation. Many people are surprised to learn that gulab jamun can be converted into gravy.

Ker sangri is another name for Panchkutta ki Sabzi. The term Panchkutta comes from the fact that this curry’s main components are Ker, Sangri, Amchur, Gunda, and Kumati. After preparation, the sabzi may be kept for a few days and used as a trip meal because it doesn’t go bad. This is delicious with cold paratha, chapathi, or pudi. This dish is frequently seen in Jain Rajasthani cuisine since all of the components are dry and Rajasthan’s climate is typically dry. Check to try some of the other well-known Jain curries as well.

A regal main meal, ker kaju daakh is prepared with a yogurt-based sauce like most Rajasthani cuisines. A green fruit resembling a berry called ker may be found in the dry regions of Rajasthan between the months of April and May. It is extremely sour and is used to preserve vegetables and pickles. These dried, preserved berries can be utilized all year long.

In India, kachori is a widely consumed street snack. They are circular, fluffy fritters that have a masala and other ingredients within them. Kachoris come in a variety in Jodhpur. The Jodhpuri kachori and Kadhi are combined in a certain way to create the Kadhi Kachori. Here, the Pyaaz and Kadhi kachori are renowned for their flavor and freshness. Typically, they are served with red and green chutneys.

Where can you find this: Shahi Samosa near Clock Tower.

We have reached the conclusion of our list of the top 13 famous foods in Jodhpur. If you enjoyed reading about them, we would strongly advise you to visit all the significant locations in Jodhpur and sample these delights. We’d love to show you around.

Do not forget to book us and we’ll be at your service. Get an unforgettable travel experience in Jodhpur. Rajwada Cab provides tempo traveller in Jodhpur and Taxi in Jodhpur for you to make memories in the city. 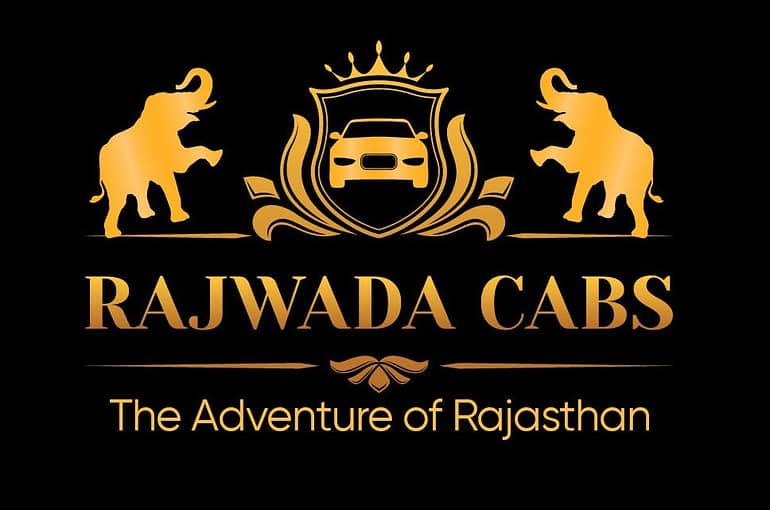 Rajwada Cabs is one of the leading Cab Services in Jodhpur, Jaipur, Ajmer, Bikaner, Udaipur, and Jaisalmer. We offer you a wide range of taxi, tempo and tour guide services based on your needs, family members, and budget.